The freedom of expression is the foundation of artistic freedom. I see art in this context as a platform to form opinions and create perspective towards our life in reality, as we know it. It is not possible for me to talk about it, without being personal. My works focus often on political and social issues. Since I was born and educated under the communist regime, it is hard for me no to response to injustice, oppression, inequality and other issues.

Due to my activities in Poland I came to USA as political refugee. My reaction to things and events that bother me is pure reflex. I don’t have to think about it, or analyze it.

Few months ago I found a decaying box of Gold Dust washing powder under a sink in my house upstate NY. It was a shocking encounter. I forgot, that such a packages were in common use in the near past. Instantly, it became clear to me, that the present state of affairs in USA concerning race relationship, as well as police shootings and racial bias are rooted in the past.

The land of opportunity was for European immigrants, while black people came here as slaves. This relationship was never entirely healed, and it is a cause of today’s problems. Unlike in post war Germany, where society was re-educated through the denazification plan.

I researched online many of the most outrageous and grotesque household items used in the past in USA. Most of them were in bad condition, falling apart, and being sold at auctions as so called Americana collectibles. I digitally restored several items preserving size, color, font and other attributes.

It is a glaring indictment of systematic racism and injustice in racial relationships in USA.

One can only ask, how could they do it?

How could they see and depict other human being this way?

It cannot be forgotten, dismissed, or swept under rug only because it is past.

This is the way I see artist engaged and relevant today. To inquire, to challenge, to ask questions. Art is many wonderful things – it reflects our high and low points in a spectrum of mankind. It is also a weapon, so why not use it, if necessary? 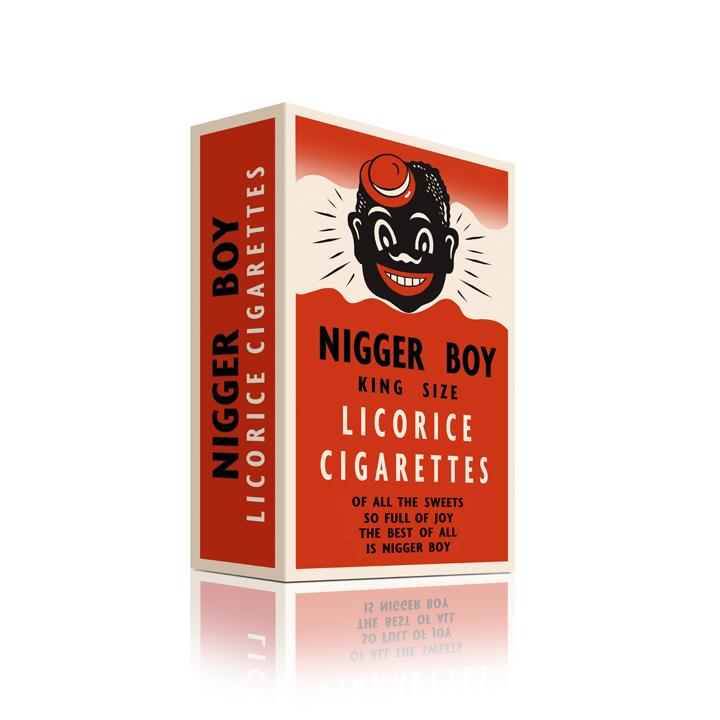